Viticulture (designed by Jamey Stegmaier and Alan Stone of Stonemaier Games) is a 2013 worker placement game about the art of growing grapes and making wine. Players will plant various kinds of grapes in one of their three fields, harvest them, turn them into wine and eventually sell them to fulfill wine orders to score points and earn some income at the end of the round.

As stated above, Viticulture is a game about growing grapes and turning them into wine. The game is wonderfully thematic. Players will be adding buildings onto their own vineyard, selecting grapes to plant, harvesting them, making wine, giving tours of the vineyard, selling wine and occasionally grapes, and interacting with visitors via the visitor cards. It could be argued that the bidding mechanic used to determine player order isn’t very thematic, it’s explained as deciding when your workers will wake up, but it’s hard to see that ruining the theme for anyone when most of the available actions feel very thematic.

Visually, this game shines. The main board, player boards, card art and all the wooden bits are all top notch. Stonemaier set the bar high here and this is one of those games that just does everything right from a components standpoint. Little touches like the fact that the main board and player boards are reversible in case you don’t want any distracting text (This is left out of the essential edition I believe) and the fact that the wooden bits for the small and large cellar are actually slightly different even though it’s likely would have noticed if they weren’t. The clear glass beads used to track the age of both grapes and wine are a particularly nice touch as well. Viticulture is a very well produced game.

“Viticulture exudes quality, Stonemaier has produced a gem of a worker placement title that is a joy to play”

Take your standard worker placement mechanic, add to it a minor bidding mechanic for turn order and a system for tracking the age of your wine and grapes and you have a recipe for a very fine game. Each round is divided into four seasons, you bid for turn order in spring, perform actions that relate to the acquisition and planting of vine cards in Summer, pick Summer or Winter visitor cards (more on those in a bit) in the fall and then harvest your grapes, turn them into wine and then fulfill order cards in the winter. It sounds more complicated than it is, as most of the mechanics make sense thematically and you can see your “engine” working as you go through the seasons. This game is definitely one where planning early on will help you to accelerate your acquisition of points later on. I’ve found that I don’t typically score many points in the first few rounds, but once I have my vineyard running smoothly the scoring seems to accelerate and the game usually ends in a tight race.

While the engine building aspect of the game doesn’t rely on chance, the cards add an element of randomness to the game. Summer and Winter visitors will give you a variety of bonuses, such as taking multiple actions, trading VP for money or (vice versa), doubling up on wine orders or a multitude of other helpful actions. The vine cards display the various types of grapes available for planting and harvesting and will be crucial in getting your vineyard producing grapes and victory points and the order cards will direct your wine making efforts as well as give you VP when fulfilled. While the vine and order cards in particular offer some variety, that randomness doesn’t always gel with a game that is otherwise pretty tight and rewards strategy and planning. I can remember one occasion where a friend seemed to not be able to draw a red grape card despite trying, every turn he was able. While this is most likely a fluke, it’s important to note that there is a rather strong element of chance in this game, especially considering that it fits in the euro game category.

What do our ratings mean?

Viticulture seems to hit all the right notes with me. I enjoy the worker placement mechanic, amazing combos I can occasionally pull off with the visitor cards and the engine building aspects of the system. The art and components are both top-notch and among the best of any game I own. It’s not perfect, the game tends to build up slowly the first few rounds and the number of card decks you draw from leaves room for chance to throw you a curveball , but this game gets so much right that I can’t help but love it.

THOUGHTS FROM THE PUB

I own the essential edition of Viticulture and I want to start by saying, I love this game. Now, with that out of the way, let’s throw some mixed feelings into the review.

At the outset, we’ve got a lot of resource management that goes along with our worker placement; we’re working on 2 boards (the main board of 2 sections and our individual player boards), and there’s some good tension between building your vineyard structures and planting/harvesting. I’m a big fan of the complexities this game has to offer and really like to play it with my crunchy-euro friends. On the other hand, due to its many moving pieces, it has not made the best introduction into my more casual gaming sphere who prefer worker placement with fewer layers.

If I were to pick on any one aspect of Viticulture it would be on the acquisition of wine order cards. As the primary source for scoring points and getting ahead, the random draw of these particular cards seems to be out of place in a game where many of your decisions are precise and planned. While vine and visitor cards are also drawn randomly, their effects impact scoring less directly than the wine order cards. I would compare these to the quest cards in Lords of Waterdeep as they provide points per requirements spent. Imagine a randomly drawn quest in Waterdeep instead of the public knowledge of four options available. It would be much more difficult to plan anything (especially in synergizing your resources) in a game where planning is typically rewarded.

Other mixed feelings I have with this game is its length in larger groups. While I really enjoy playing games in larger groups, the sweet spot for the time/tension balance seems to be the usual 3-4 player games. The last few times playing with 5 and 6 players (albeit, new players peppered in) tended to drag along for those groups. I think this is due to the down time during play. Unless you have a group that already knows the game well and players consistently plan ahead during others’ turns, the downtime in larger groups just pushes the game beyond the fun threshold. This is particularly evident as scoring is much slower in the early game (while the late game really gets to see the payoff once your engine is going) which can be discouraging to new players when they can’t tell if they’re doing well and they can’t predict how quickly the end ramps up.

That sounds like a lot of complaining, but let me reiterate, I really love this game. In many ways, it’s a refined product of the worker placement genre. You get a highly thematic, multi-layered, worker placement experience that really knows how to reward a well-planned engine. I highly recommend the essential edition if you’re looking at only nabbing the base game as it offers more than the core game (before expansions). 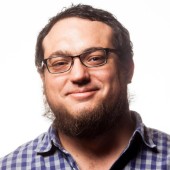