I’ve gone on and on in previous posts about why I create foam core inserts for my games. If you are interested in the why you can check out those posts. This time I want to focus on the how.

When I have created these inserts in the past I have looked around to see what others have done. Sometimes I would find exactly what I wanted and other times I would find some inspiration to get me going. Forbidden Stars presented a unique situation where there was no inspiration to be found. It was a new enough game that no one had tackled it yet.

I had also recently taken up learning SketchUp (a 3D modeling application) for the purpose of sharing my designs with the board game community. I had never started a design with SketchUp and Forbidden Stars provided me that opportunity.

I started by taking measurements of the box and the major components. That included the cards, the sector tiles, the largest miniature, order and building tokens, the tallest building, warp storms, and the round track. I documented all of these measurements. This actually didn’t take nearly as long as I thought it would.

I had a couple main goals:

Since there were 4 factions I simply split the box measurements into fourths and worked from there. Playing with the dimensions in SketchUp allowed me to figure out that I could probably fit three layers. I only needed 2 which meant I could later create more player boxes for future faction expansions.

Once I had the basic dimensions of the player boxes I went ahead and built one (using pins instead of glue) and started playing with how the components actually fit into the space. I took my findings back into SketchUp for sharing the design later.

The top layer was fairly easy and followed the same process. I knew from my measurements the space the sector tiles would take up so it was easy to determine the size of the surrounding boxes and then mock one up to fit the components into it. This led me to double layering some to keep the some of the components easy to get to while increasing the storage capacity.

I am really pleased with how this insert turned out as well as how the process of starting with SketchUp. I don’t think that this process will work in every design, but it will in many cases. I like that it allows me to make the best use of the box space without potentially trashing a bunch of foam core.

WAS THIS RESOURCE USEFUL?

Please consider putting something in the virtual tip jar to help us continue creating and publishing resources like this.

When you purchase your supplies using these links we earn a small commission. Thank you.

If you haven’t built a foam core insert before check out our Foam Core Basics post.

I love to see other people get good use out of the plans I create. This section is dedicated to you who have created and shared this foam core insert. Thank you! If you have built these plans and shared them, contact us and let us know so we can add your pictures to our gallery. 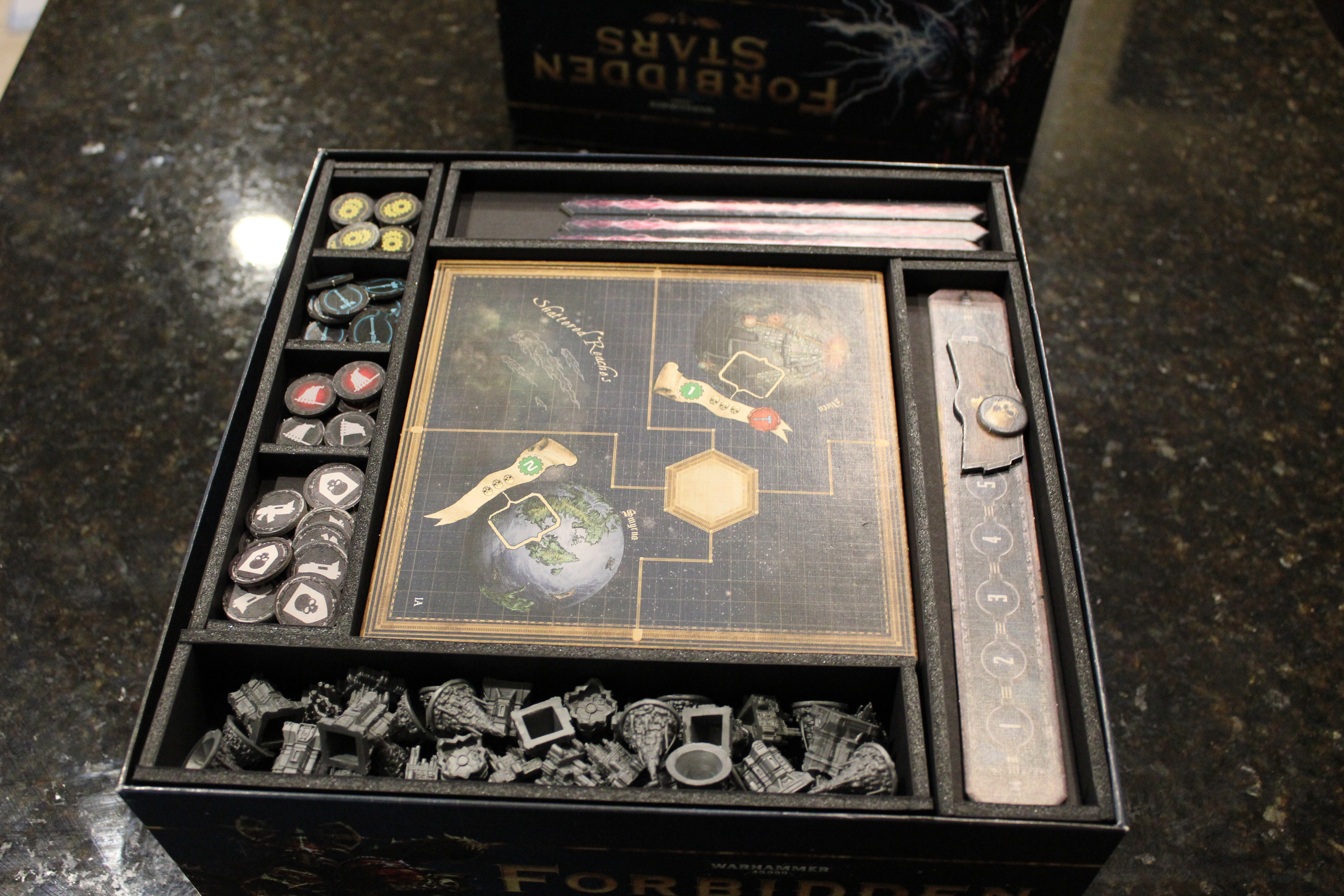 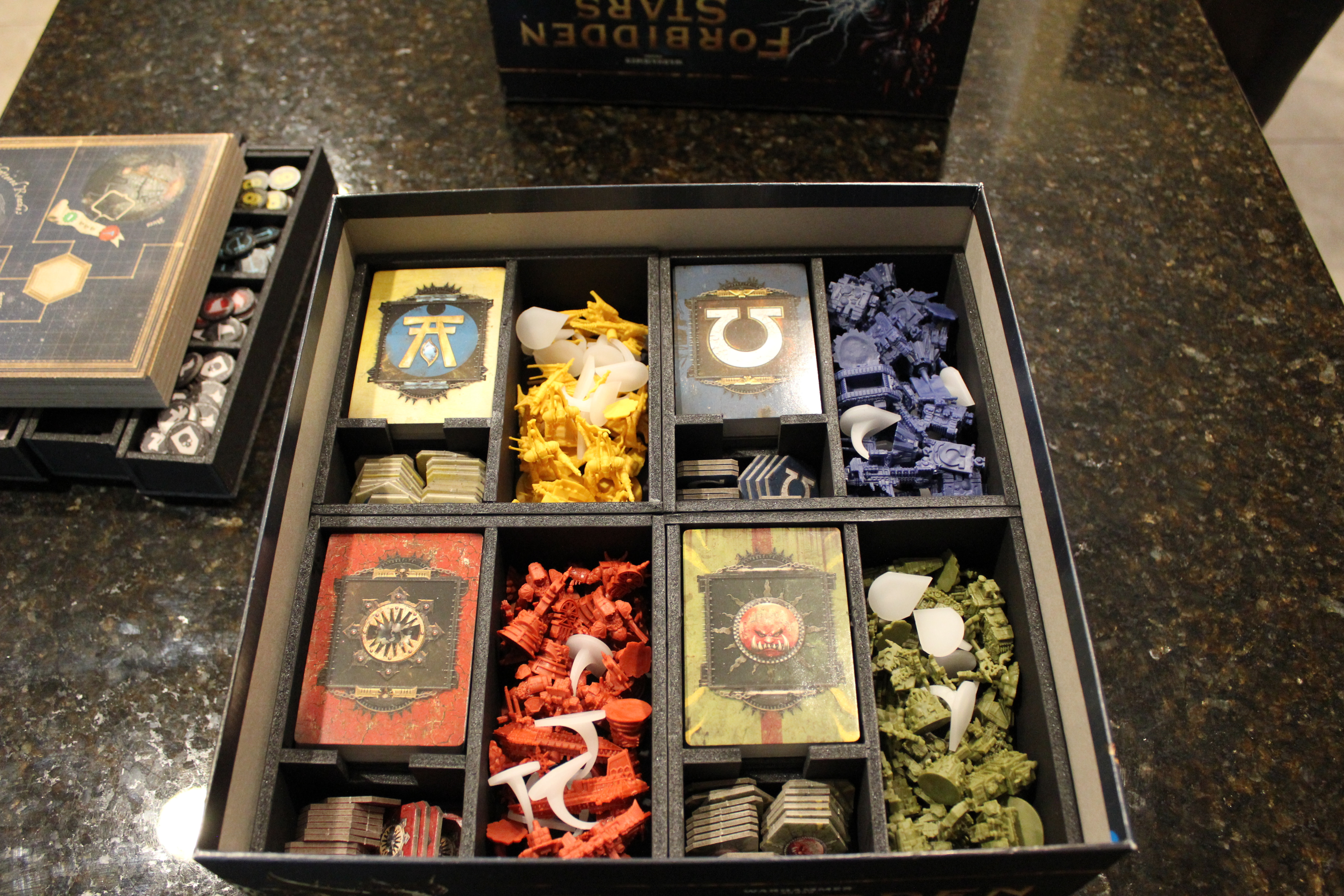 THANKS FOR CHECKING OUT THIS RESOURCE!

Join our mailing list to receive updates when we change this resource or add new resources to the site. This way you can always be up to date.

You have Successfully Subscribed!

There are few things in life that I enjoy more than gathering around a table with people to make new shared memories through the interactions board games create. I have been playing board games my whole life, but I have been focused on them as a hobby for the past 10+ years. Board games offer a unique medium for social interaction and fun. I really look forward to playing these games with my kids as a way to interact and stay connected with them. In the last several years, I have delved into board game design and found something that really satisfies my need to create in a way nothing else has.